Best Parks in the Merrick/Bellmore/Wantagh Area 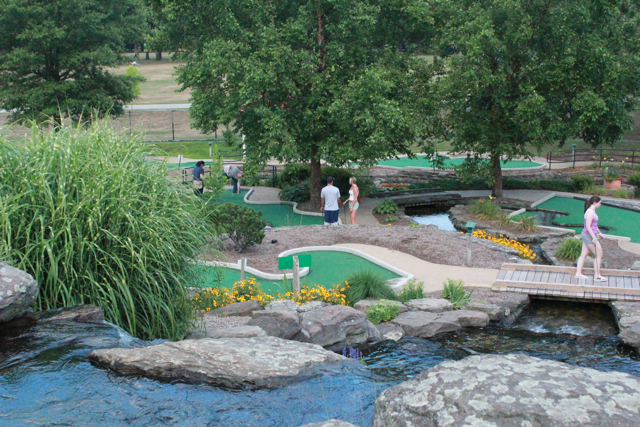 Living on Long Island, where many people have big backyards and their own private swimming pools, it's easy to take for granted the wonderful public parks that your taxes help to build and pay for. If you live in or are thinking about moving to the Merrick/Bellmore/Wantagh area of Nassau County, it would be worth your while to check out the nearby parks, which can provide countless hours of outdoor entertainment for you and your family. Those moving to the area from New York City, who will naturally have a greater appreciation for parks, should take special note.

This huge public park is located in East Meadow, but is just a short drive north on Merrick Avenue from either Bellmore or Merrick. Measuring approximately 930 acres, Eisenhower Park is one of the largest parks in the New York Metropolitan Area and is bigger, in fact, than New York City's Central Park. In addition to having large playgrounds for families with small children, it also features an 18-hole golf course, a mini-golf course, a state-of-the-art indoor swimming facility, picnic areas, athletic trails, dozens of baseball, football and soccer fields (a number of which are lighted for night-time play), tennis courts, a batting cage, the Harry Chapin Lakeside Theatre (which features outdoor concerts and films), and Carltun on the Park -- an exquisite restaurant and catering hall that plays host to countless weddings and other events throughout the year. With all that Eisenhower Park has to offer, the most appropriate question someone can ask about Eisenhower Park is: is there any leisure activity that you can't do there?

Just a few minutes south of Eisenhower Park but also in East Meadow is the Edward J. Speno Memorial Park, better known among locals as just "Speno Park".  Speno Park has a real neighborhood feel to it. Nestled right in the middle of a quiet residential neighborhood on the border of North Bellmore, many residents may not even realize it is there until they happen to pass it on East Meadow Avenue. The park features basketball courts and multi-purpose fields, but its real draw (especially for young families) is its playground. The playground has both "big kid" and "little kid" jungle gyms, and despite the fact that it is a favorite among local moms, part of its allure is that it never really feels crowded.

This South Bellmore mainstay has everything you would want a neighborhood park to have and more. Besides its numerous athletic fields and courts for all forms of ball-play, Newbridge Road Park features a big outdoor pool to keep residents cool in the summer and a full-size ice hockey rink open year-round for use by hockey players and leisure skaters alike. This park also has some great spots for picnicing. Newbridge Road Park is located in South Bellmore just south of Merrick Road and just east of the Merrick border, making it easily accessible to residents of Bellmore, Merrick and Wantagh.

Located south of Merrick Road and just east of Wantagh Avenue in Seaford, this 259 acre park is equipped for plenty of outdoor activities. For sports fanatics, it's got tennis, handball, paddleball and basketball courts, baseball and softball fields, soccer/football/lacrosse fields, an archery range, and a number of running and biking trails, one of which leads south down through the trees lining the Wantagh Parkway and can be taken all the way down to Jones Beach, with some spectacular views of the open bays and open skies that make the South Shore of Long Island so special all along the way. There is also a dog-run, so pets can get a workout in too! For those with kids, Cedar Creek has a great children's playground that has been named the best on Long Island by the Long Island Press, along with a roller skating rink and a hill for sledding in the winter (yes, the South shore has some hills).